Written by Joe Public on February 10, 2021. Posted in Articles. Leave a Comment 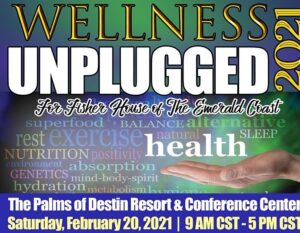 Written by Joe Public on February 10, 2021. Posted in Articles. Leave a Comment

The Scholarships for Military Children Program was created to recognize the contributions of military families to the readiness of the fighting force and to celebrate the role of the commissary in the military family community.  The application period is open until 11:59pm Pacific Standard Time, Wednesday, February 17th, 2021.  Apply at sfmc.militaryscholar.org. 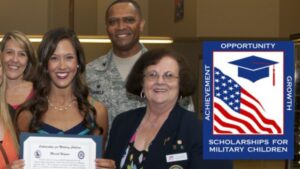 Written by Joe Public on January 8, 2021. Posted in Articles. Leave a Comment

Tickets can be purchased here.

Written by Joe Public on December 18, 2020. Posted in Articles. Leave a Comment

The Scholarships for Military Children Program, academic year 2021-2022, began accepting applications Dec. 14, and the deadline for submissions is Feb. 17. 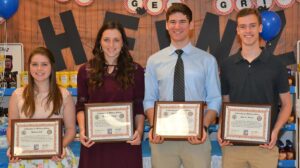 In existence for 21 years, the program recognizes the contributions of military families to the readiness of the fighting force and celebrates the commissary’s role in enhancing military quality of life. Thus far, SMCP has awarded more than $20.1 million to 11,814 students, selected from a pool of nearly 105,000 applicants.

SMCP is administered by the Fisher House Foundation. Funding comes from commissary business partners and other earmarked contributions. Every dollar received is given out as a scholarship grant. Additionally, the foundation matches all donations, dollar for dollar, and does not charge for its services.

Written by Joe Public on December 18, 2020. Posted in Articles. Leave a Comment

The Port of Vancouver USA welcomed the USNS Fisher, a vessel with the Military Sealift Command (MSC) on December 12 for a stay of approximately nine months, as the temporary home port for the 951-foot long vessel. The ship will be docked at the port’s berths 13 and 14 and will offer an impressive sight to river users and those able to view it from the Oregon side of the Columbia River. 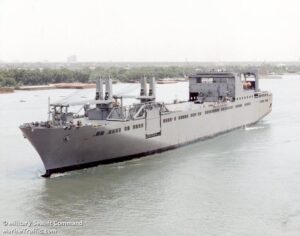 BRC Fuel for Veterans – November 14 at the Armament Museum

Written by Joe Public on October 23, 2020. Posted in Articles. Leave a Comment

Each November, the Emerald Coast Exchange Club hosts Salute a Veteran at the Armament Museum.  This year’s event, on November 14, will feature hundred of flags flying in front of the Armament Museum, each bearing a tag honoring veterans who have served our country and new to this year, thanks to a generous sponsor, Bevilacqua Research Corporation – Chef Dan’s Fuel food truck will be serving complimentary meals to veterans from 11-1, pre-registration required. Come join the patriotic ceremony at 8:00 a.m. , enjoy being outdoors, walk among the flags at the Armament Museum and pick up some great food from our friends at One 20 A Modern Bistro.  Reserve your ticket here for a FREE meal.

To sponsor a flag:

This fundraiser  helps provide scholarships and support the organization’s four programs of service: Americanism, Youth Scholarships, Community Service Projects and the Prevention of Child & Elderly Abuse. Flags are available for sponsorship:  Please fill out the form below and mail it with your check to: Emerald Coast Exchange Club, PO Box 2022, Fort Walton Beach, FL 32549. If you would like to add a photo, please include it with your submission. Deadline for a request to display a flag is November 1. 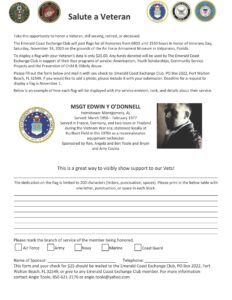 Written by Joe Public on October 21, 2020. Posted in Articles. Leave a Comment

Learn how to make Red White and Blue Firecracker Cocktail in honor of our #carecontinues campaign and our week long online auction to provide comfort to our military and veteran families staying at our Fisher House on Eglin AFB. Visit the auction, http://carecontinues.afrogs.org/  and enjoy this cute little video on how to make this cocktail in celebration of our mission.

Written by Joe Public on October 16, 2020. Posted in Articles. Leave a Comment

Each year at our Helping Heroes Gala, Deborah Roberts with AmFund is in the room with us, offering great chance of a lifetime trips that benefit our Fisher House with your travel.  With our online auction this year, those same trips are being offered with our long-term partner AmFund and as we know, folks to do business with people they know and trust.  Deborah shares this philosophy and created this little greeting so she could be with us virtually.

We love working with her each year and have many of our generous donors who have enjoyed these trips!  Click here to HEAR from Deborah.

Written by Joe Public on October 5, 2020. Posted in Articles. Leave a Comment

Mark your calendars for our 2nd annual Props Trot for Troops 5k and after party benefiting Fisher House of the Emerald Coast, hosted by Props Craft Brewery, Run With It and Northwest Florida Track Club! Volunteers needed to aid in parking pre-event and during the run. Complimentary food + your first beer free. Want to run?
All 5k participants receive a t-shirt and if you’re one of the first 250 people, you’ll receive a branded 16 oz. mug! Race begins at 9 AM…. Complimentary food + y 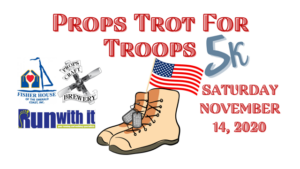 Written by Joe Public on October 2, 2020. Posted in Articles. Leave a Comment 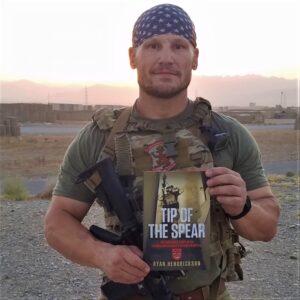