Meet the House Managers and Staff. 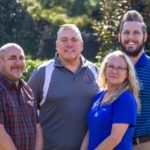 Each day, families are welcomed into our Fisher House that these staff make into a home. 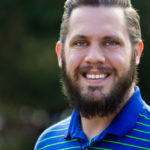 Marc is the Fisher House Manager, and has been in this position since 2016. His favorite part about the job is being able to help those staying at the Fisher House during their time of need.

Marc is very happily married to his wife, Brittney, and they have two fur babies, Stella and Charlotte. He comes from a large family, having five siblings, and his parents both served in the Navy. Marc is also an aspiring photographer, with interests in portrait, real estate, and wildlife photography.

Marc earned his MBA from the University of South Alabama and his previous experience includes operations management in AAA Five Diamond resorts. (He also took these great photos!) 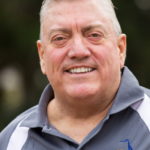 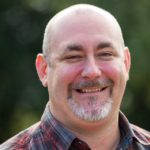 New to the management team is John Stephens.  John is also retired military, his last duty was at the 96 MDG and if he wasn’t one of our assistant managers, he would be a zin master due to his calming influence on others.

John Stephens is a Fisher House Assistant Manager, and started in his position in 2018. His favorite part of the job is assisting military families in their time of need.  John is happily married to Christy. They have six children, and one grandchild. He enjoys camping, reading, and spending time with his family. His biggest hobbies are watching sports and traveling. 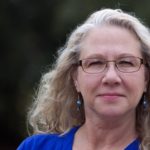 Meet Judyann Schneider, she serves as the housekeeper and adds sunshine while she makes the house sparkle!  She has been in her position since 2016. Her favorite part of working at the Fisher House is meeting all the selfless people that serve our country.

Judyann is happily married to her husband Tom, and has five adult children that have blessed her with 6 grandchildren, with another on the way. Her biggest hobby is caring for her pets, which include three dogs, three cats, and three bunnies.

It takes a village of support and caregivers internally and a kind, thoughtful generous team of volunteers, donors and medical personnel externally to complete this mission.  We are grateful for the hands and hearts who work, serve and make a difference in the lives of our military families.  Unsung heroes….